Songs have a way of piercing the soul, moving the heart and enrapturing the spirit. This rings true with songs of historical significance sung by peoples down through the ages. They are not just sung to pass the time — they are the embodiment of the spirit of the times, defined by people’s values and aspirations. And in a country that has a fragmented collective memory owing to its conflicted narratives born of post-colonial struggles for identity, the Philippines has had its share of songs that capture the people’s hardships and victories.

Paramount among these songs that made a mark in the Philippines, by matter of historical circumstance, was our very own Philippine national anthem, which, despite our familiarity to its melody and lyrics, still has a history not known by many, waiting to be unpacked.

Philippine National Anthem in Spanish: How Things Came to Be

Back when it was first heard in the solemn independence proclamation ceremonies in the afternoon of June 12, 1898 in Kawit, Cavite, the musical piece “Marcha Filipina Magdalo” was performed by the Banda San Francisco de Malabon. It was never meant to be sung at the time. It possessed no lyrics.

The piece, inspired by the Grand March in Guiseppe Verdi’s “Aida,” and the French national anthem, “La Marseillaise,” was composed by Julian Felipe, a humble music teacher-turned-revolutionary, who suffered imprisonment in Fort San Felipe in Cavite from August 1896 to June 1897 for having been implicated in the revolution against Spain. Felipe, upon having been recommended by Mariano Trias, submitted his first draft of the anthem to the Filipino revolutionary leaders on June 5, 1898. He performed the piece on piano at the house of Maximo Inocencio, only to be rejected. Felipe was asked by Gen. Emilio Aguinaldo to have it changed to capture the verve of a march rallying the troops to victory. In six days, Felipe came up with the tune in 2/4 time signature, and this was the one we all know, the one approved by Aguinaldo and performed on that fateful proclamation of Philippine independence from Spain.

But Felipe was just a part of an entire generation of Filipinos who, since the unfortunate events of 1872, had begun to strongly campaign for equal rights and privileges for all inhabitants of the islands under the Spanish system.

Filipinos began grappling and defining the contours of this new identity, which is distinct from the Roman Catholic Church and the Spanish Empire. From the time when Jose Rizal and his contemporaries advocated for Filipino representation in the Spanish Cortes, to the time when these reformist efforts became futile, inevitably leading to an armed revolution, Filipino intellectuals from all walks of life, especially the young people of the arts and the humanities, rallied to the revolution, and when Aguinaldo resumed the revolution in May 1898, joined the ranks under his leadership.

These people were thinkers in their own right, who used their educational attainment and class privilege, animated by the language and cosmopolitan culture of Spain, yet pulsating with the Filipino spirit of “kalayaan,” to define their ideals and dreams for this new nation through the written word. Rizal and his contemporaries were but a precursor of these young people who would proudly count themselves Filipinos. After them came many others.

It was not surprising then that when Gen. Antonio Luna founded his newspaper, La Independencia, in 1898, his editorial staff was composed of young people. Some would become activists like Rosa Sevilla de Alvero, and many — great writers like Jose Zulueta, Epifanio de los Santos and Jose Palma — who would contribute much to the national anthem.

But who was Jose Palma? Born in Tondo, Manila in 1876, brother to another great writer, Rafael Palma, who would become the first Filipino president of the University of the Philippines, his genius in writing poetry in Spanish was evident in his young age. Through his expression of love to Florentina Arellano in his days in Ateneo de Municipal through his piece “La cruz de Sampaguitas” (1893), he described this love for her and the grief that followed after she was wedded to someone else. Upon reflection of Jose Rizal’s “Noli Me Tangere,” Palma composed the lines:

The poet expressed himself, his aspiration and his longings, in the only way he knew how, through the purity of words. This vision he was enraptured in was a Philippines freed from colonial shackles. This was his motivation upon joining the Katipunan in 1894, and when he joined Luna’s La Independencia in 1898. By then, Palma’s writing style has been honed, shaped by the realities he lived in.

When the Philippine-American War broke out on Feb. 4, 1899, challenging the independence won by the revolution against Spain, Palma was drafted into the Malolos Republic’s army under the command of Col. Servillano Aquino. But even while holding arms, his true weapon was the pen, and insight flowed even in the trenches. We have no account of how exactly Palma arrived at the conclusion that Felipe’s music lacked the words that would make it more meaningful for a nation at war to defend its very existence, but had the belief that words would strengthen the resolve of those who would hear the march.

And so, at Bayambang, Pangasinan, at the house of Doña Romana vda de Favis, Palma began writing the words of the poem titled simply “Filipinas.” The meter, according to historian Isaac Donoso, was very impressive:

The piece was published in La Independencia on Sept. 3, 1899, and was well-received by the republic under siege. Soon it began to be acknowledged as the official lyrics to Felipe’s composition. If not for his sudden death due to tuberculosis in 1903, we would have heard more of Palma, for he was connected to this network of Filipino intellectuals, who, using Spanish as medium, produced great literature that attempted to cast this new national project of an independent Filipinas into literary reality.

And yet, as rightly pointed out by Donoso, Palma’s fame has been largely forgotten.

This was due to the fact that aside from his early demise, the First Philippine Republic ended when it was defeated by the Americans in the Philippine-American War in 1902. Soon after, the Americans successfully put in place a durable colonial apparatus of language, making American English the official medium of colonial instruction in the Philippines, effectively displacing Spanish as antiquated, and English as modern.

In effect, the Spanish language was, at first spoken widely by a generation of Filipinos that lived through the Philippine Revolution of 1896, then after World War II, with the exception of the elderly, the language became almost exclusively spoken as lingua franca by the upper class. Spanish was, then, removed as one of the Philippines’ official languages in 1973. The national project that was nascently formed in Spanish hand-in-hand with the vernacular was aborted, but it took new form through nationalist efforts to decolonize.

What remained were fragments of this literary connection to the past, one of which is this original Spanish lyrics of the Philippine national anthem, which are now unfamiliar to the present generation.

Though one can look at the disconnection as a loss, the national project gained new life as it persisted even under American control, refashioning this Filipino identity in American English despite imperial disruptions of the American takeover, and the short interregnum of Japanese occupation. This is reflected in the translations of Palma’s original national anthem. Palma’s original lyrics underwent five translations, the first of which was done by Paz Marquez-Benitez in English, but soon after followed by “The Philippine Hymn” (1934). During the Japanese occupation, when the national language was strictly imposed, “Diwa ng Bayan” (1943) came to be. After the World War II, it was once again revised to become “O Sintang Lupa” (1948), and finally, it was iterated into the present one, “Lupang Hinirang” (1956). One would notice that if the translations are compared to the original Palma-written lyrics, despite the difference in cadence, meter, and the time signature, its basic form, literary metaphor, and narrative flow, are more or less intact.

As Donoso pointed out, similarly, Philippine nationalism was ultimately “conceived in the Spanish language, aborted in English and re-founded in Tagalog.” National Artist Nick Joaquin, on commenting on this lost connection to the Filipino generation of Spanish wordsmiths, said: “The content of our national destiny is ours to create, but the basic form, the temper, the physiognomy, Spain has created for us.”

Thus, the history of the Philippine national anthem in Spanish, its original language, points not only to this lost connection to a specific period that laid the foundation of Filipino nationhood. It also shows the durability and transformative power of the written word laid out in song, that although identity is cast and recast through different mediums of language and melodies, much is retained, and ultimately transformed. 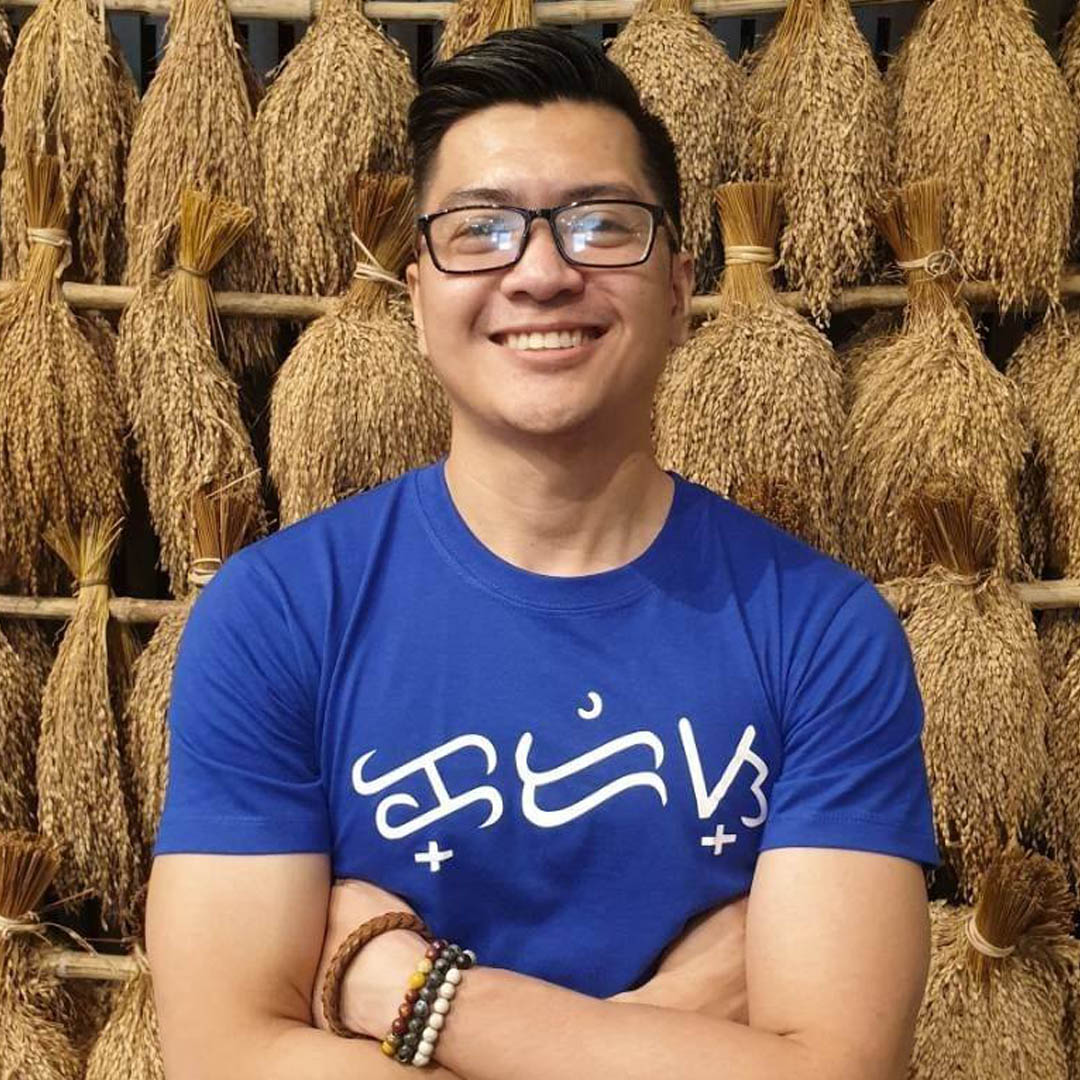 Francis Kristoffer Pasion
Francis Kristoffer Pasion is a full-time museum researcher of the National Historical Commission of the Philippines, handling research and curatorial projects. He has been serving in government for a decade, having been previously engaged in cultural work at the National Commission for Culture and the Arts, and in historical research at the defunct Presidential Communications Development and Strategic Planning Office. Pasion provides Today in History content through Twitter via @Indiohistorian, and hosts the regular Saturday Twitter Space, #HistorySpacePH. He is currently finishing his masters in History at the University of the Philippines Diliman, pursuing research on the history of select government institutions.
Previous 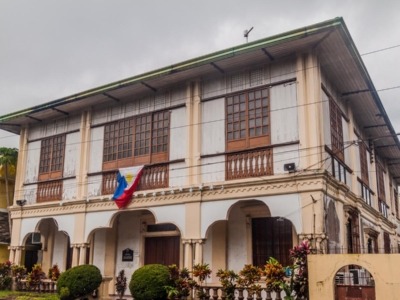 These magnificent ancestral houses once served as abodes for many prominent figures in the Philippines. ...
By JF Staff
Mar 15, 2022
0 %