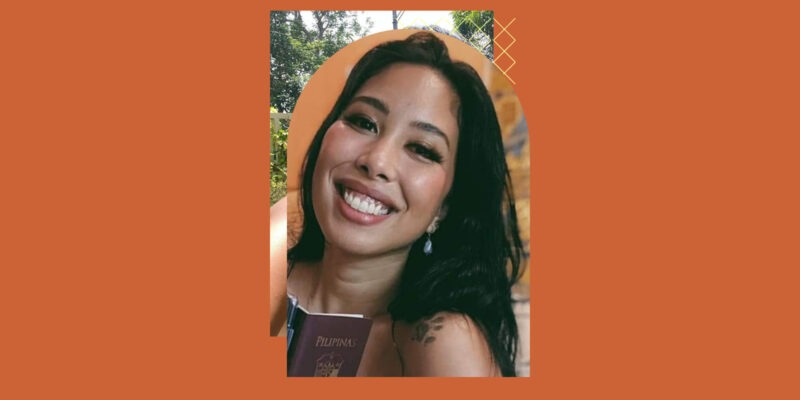 “If you wanna check out their available courses, here is the link: https://manila.cervantes.es/en/courses_spanish/spanish_courses_via_videoconference.htm,” she wrote on her Facebook page Aug. 10.

When asked by a social media user why she decided to study Spanish, Magnaye said that her “mom and her whole family are Spanish.” In another comment by a Facebook user, she replied that “my siblings and I are the only ones who can’t speak it, so that’s why I’m learning.”

One user recommended the language-learning platform Duolingo to Magnaye and said that it’s “easier to learn there.” Magnaye, in return, said that she uses Duolingo as well but stressed the importance of learning from a professor. “Learning from a professor ensures a deeper understanding of the language. I can ask her specific questions when I don’t understand something and she can give other examples! Also, it’s super fun learning with classmates,” she wrote.

Magnaye went viral on social media last year when she posted a video of her and her mother, Lindy Pellicer, alternately delivering PAL’s pre-flight safety speech. In the post’s caption on Instagram, she revealed that she is indeed the in-flight voice talent for the said airline and that her mom had the same gig in the ’90s.

She and her mom are not the only voice actors in their family. In a separate tweet, she posted a video of her aunt, Neneng Magnaye Arceo, delivering the “iconic” Movie and Television Review and Classification Board (MTRCB) parental advisory notice.

Meet the voice behind the iconic MTRCB Announcement: My Aunt ❤️✨ pic.twitter.com/XS6Lli9WR9

Magnaye has had many voice-related jobs over the years. She became an events host, announcer, radio DJ and a dubbing artist of Mexican telenovelas.

In May last year, she launched her podcast “Sleeping Pill with Inka.”

‘My Grandfather Is a Pure Spanish’: Manny Pacquiao Says He’s ‘Half Spanish’