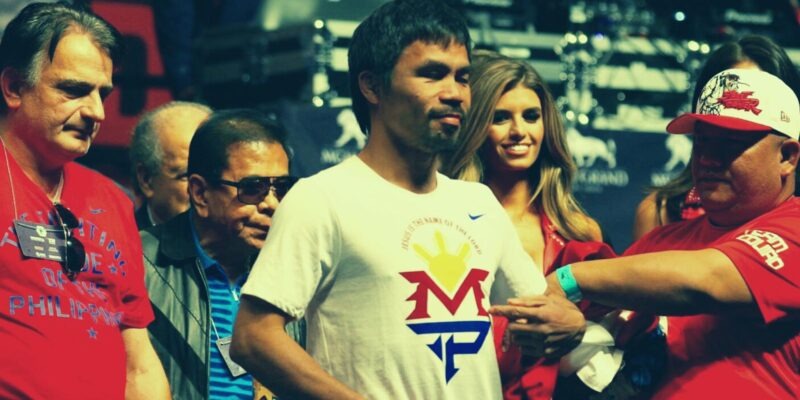 MANILA, Philippines — Filipino boxer and lawmaker Manny Pacquiao said that he is of Spanish descent on Monday, in the final phase of his training camp in Los Angeles, California for his Aug. 21 fight with Yordenis Ugás.

In a video obtained by sports news website FightHype, Pacquiao can be seen speaking with a Latino man when he blurted out that “I’m a half Spanish.” He then clarified by saying “Spaniard” and that “my grandfather is a pure Spanish.”

The Pacquiao family have not publicly discussed their family’s history before; La Jornada Filipina tried to trace Pacquiao’s genealogy but was unsuccessful in finding sufficient and verifiable public records.

Meanwhile, in several videos seen by La Jornada Filipina, Pacquiao spoked a little bit of Spanish. In a couple of videos, he sang along with the 1998 song “Dejaría Todo” by Puerto Rican singer Chayanne while training.

In several interviews, he appeared to be repeating a similar answer every time he’s asked to say something in Spanish. “Que venga a ver la gran pelea entre mí, Manny Pacquiao, que Timothy Bradley,” he said in some videos, inviting viewers to watch his fight with Bradley.

Before his match with Keith Thurman, Pacquiao delivered a similar spiel when asked to invite Mexican fans to watch the fight. In July, he also said a variation of it in a press conference of his canceled match with Errol Spence, Jr.

We covered this story because it raises a discussion about Filipino identity (do Filipinos have Spanish blood? are they Hispanic?). The subject of the story is also a public official, and since they claimed an ethnic identity (a big deal), we felt that you need to know what they said in order to have informed voting decision come election.