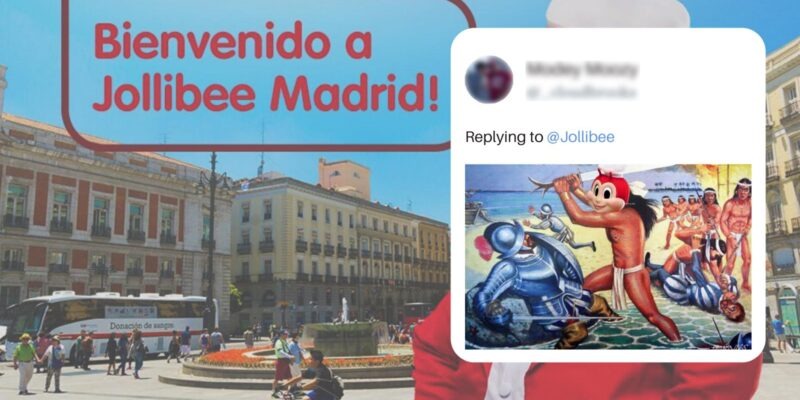 “¡Bienvenidos! We’re excited to bring Joy to another country as we open our first store in Spain!” Jollibee posted on their social media accounts Aug. 18, accompanied with a photo of Jollibee’s mascot in a Puerta del Sol background.

Jollibee is expected to open its first restaurant in Madrid, Spain sometime this year.

Social media users expressed their delight with funny memes as well as tweets and comments, following the announcement last Wednesday. One Twitter user said that it’s “payback time,” referring to the Philippines’ supposed “revenge” after being colonized by Spain for more than 300 years. “If Spain’s colonization was about the 3Gs: God, Gold, Glory, Philippines offers 3Js: Jollibee, Joy, and Justice

“payback time,” they wrote. Another user tweeted similarly: “We were colonized by spaniards for more than 300 years. Now it’s payback time. This is the start of Filipino invasion. Charot!” A user also quipped “Ang paghihiganti. They use religion to colonize us, use peach mango pie as a revenge.”

One user posted this meme out of Manuel Pañares’ mural painting of the Battle of Mactan, replacing Lapulapu’s head with Jollibee’s as he kills Portuguese explorer Ferdinand Magellan.

Another also urged Jollibee to “colonize them.”

Meanwhile on Facebook, Jollibee’s teaser photo also got its “How It Started … How It’s Going” treatment. A Facebook page posted this meme with an artwork of Spaniards’ arrival in the Philippines on the left and Jollibee’s Spain store opening teaser on the right.

Jollibee Spain’s forthcoming opening coincides with the 500th anniversary of the arrival of the Spaniards in the Philippines. The fast food giant plans to “serve its menu with a tropical twist.”

“Opening Jollibee stores in Spain is a milestone that forms part of our vision of becoming among the top five restaurant companies in the world and part of our commitment to grow in Europe. The fried chicken segment is underrepresented in Spain’s restaurant segment compared to other markets, so we are very excited to introduce the Chickenjoy we are known and loved for around the world to the people of Spain,” Jollibee Foods Corporation CEO Ernesto Tanmantiong said in an announcement Aug. 18.

“Entering Spain is a key part of our accelerated expansion plan in Europe. The way that local mainstream consumers patronize Jollibee in the UK and in other parts of the world such as the US, UAE, Singapore, Vietnam, and Hong Kong shows the universal appeal of Chickenjoy and our other bestsellers, and we are excited to replicate this success in Spain as well,” Dennis Flores, President of Jollibee Europe, Middle East, Asia and Australia, said.

“Although the pandemic has been a setback for the restaurant industry in Spain, we are excited to open in Madrid and bring Jollibee to Spain,” General Manager of Jollibee Spain Clara Breda said in an announcement in Spanish in June.

‘My Grandfather Is a Pure Spanish’: Manny Pacquiao Says He’s ‘Half Spanish’ 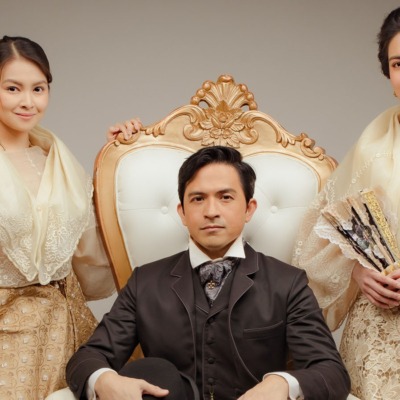