Vlog it or it didn’t happen.

The rise of vlogging in the Philippines in the last couple of years has produced a lot of cringe-worthy content on the popular video-sharing platform YouTube. Some vloggers share every moment in their lives for everyone to see, whether it’s their dirty laundry or something trivial. The common belief is that the more views you have, the more money you reap from advertising. But despite of the prevalence of shoddy content on the Google-owned platform, there are excellent and educational videos at the other end of the spectrum as well. Here are five noteworthy Filipino YouTube vloggers who create Spanish content for your language learning goals and more:

Anna La Viajera, or Anna Posequit in real life, is one of the most popular Filipino YouTube vloggers who create Spanish content. Be it a travel vlog in Spain or a video sharing her experiences as an “auxiliar de conversación,” Posequit has it.

As a matter of fact, her road to success with Spanish was a straight path. “I learned Spanish more than 10 years ago. First, I learned it on my own by finding free Spanish language resources online and by watching Spanish dramas on YouTube. I was motivated by my curiosity about how similar Spanish is to my native language, Chavacano,” Posequit shared.

At that time, her employer was looking for an English- and Spanish-speaking customer service representative. After three months of studying Spanish at the Instituto Cervantes de Manila, in which her Filipina-Spanish colleague encouraged her to, she tried to apply for that bilingual position and got hired. “But even though I was already working as a Spanish-speaking representative, I was not that fluent … I continued to study Spanish at Instituto Cervantes for seven more sessions in a span of two years.Three years after, I moved into a new job that required me to write in Spanish. That time, I realized that I cannot write in Spanish, much more in a formal style. But within four years of working in the said company, I mastered how to write in Spanish well,” she said.

Posequit does not really exclusively vlog about Spanish, but she writes about her travels at large. Like for instance, she shared several YouTube links of her trip to the United Arab Emirates in her blog where she felt like “staying in the Middle East was so different to me” and wrote about a trip to the “farthest country I’ve gone to,” which is Morocco. “I am a Communication graduate, and producing content such as making videos is innate to me,” she revealed.

Her most popular vlog entry so far is titled “Chavacano: Can Spanish Speakers Understand This Spanish Creole?” in which she invited various people from the Spanish-speaking world — Dominican Republic, Argentina, Mexico and Spain — to ask them a question in Chavacano and see if they understand it.

“I was surprised that my Mexican boyfriend at that time can understand me when I talked to him in Chavacano … And I was amazed to discover that there are a lot of Chavacano words and expressions that are actually used in Spanish … That video has generated thousands of views and a lot of subscribers, and viewers have requested me to make more videos about Chavacano and Spanish,” she said.

Perez just started his vlogging journey last year as the world is being ravaged by the COVID-19 pandemic, but it looks like he is starting to attract more viewers. “I wanted to do content in Spanish because to me, it’s worth showing Filipinos how much we have in common with Hispanic countries. Creating content speaking in Tagalog and Spanish creates this bridge to show the parallels between the two cultures, which is also a very effective way to prove my point. Another reason why I make my content is so that my fellow Filipinos can recognize our past. I believe it is impossible to know our past and our ‘today’ without considering that Spanish played a role in shaping our society and culture,” he shared.

Perez is currently based in Nevada, which has a large Latino population. Studying in the United States, he had a bilingual curriculum. “I had some classes in English like math, science, etc. But I also had some classes in Spanish like grammar, history, Hispanic culture, etc. So I got used to switching languages.”

In one of his videos, Perez tried to imitate various Spanish accents. He also made one in which he raised the question: “Is Spanish easy for Filipinos?” And for those who want something new for Valentine’s Day, he has a list of Filipino “hugot” lines, or romantic pick-up lines, in Spanish.

His most popular one so far is titled “Expresiones Filipinas en Español” wherein he shared Philippine expressions in Spanish. And because of its popular demand, he recorded a follow-up of the said vlog entry.

Most of what Martinez shared so far are vlogs encouraging Filipinos to learn Spanish. In one video, he asked two Filipino students to speak in Spanish. In another video, he also shared some Cebuano — Philippine regional language — loan words from Spanish.

On the side, he also vlogged about his travels in Nicaragua.

His most popular vlog entry is titled “Tagalog vs. Mexican: Can They Understand Each Other?” in which he made an experiment to see if he and his Mexican friend can understand each other’s native languages.

Burrito creates vlogs relating to Hispanic Filipino identity. Like Posequit, he once was an “auxiliar de conversación” or a language assistant.

In one video, he shared some Filipino words in the Spanish dictionary — entries that are recognized by the Royal Spanish Academy. Like most people, he likes to travel as well. In fact, he vlogged about his trips to Guatemala and Murcia.

His most popular video is titled “Reaction To Chavacano Language (Filipino-Spanish Creole)” wherein he featured his Spanish-speaking mother. In the video, they tried to read a short story written in Chavacano.

Josquine Diaz has been in the vlogging community for quite some time now. His earlier vlog entries demonstrate his fluency in the language. “I’m a self-taught Spanish speaker, and I didn’t have any formal education. I learned through listening to Light Speed Spanish podcasts for around six months. And when I learned how to build my own sentences, I connected to Spanish speakers on Interpals — a language [conversation] exchange website — and I started speaking to native speakers [there], particularly to my ‘parceros’ in Colombia. I’m still connected with them up to date, and I’m glad that through Spanish, I found a lifelong friendship with them,” he shared.

As to why he started creating Spanish content, he revealed that his channel was at first a personal one where he can upload videos of him speaking or singing in Spanish. True enough, aside from showing off his impressive Spanish conversational skills, he also sings in the language. In fact, he made a cover of “Te Fuiste de Aquí” by the Mexican pop rock band Reik.

From speaking the language to singing in it effortlessly, Diaz took it to another level recently. He now teaches Filipino for Spanish speakers by uploading short, informative videos.

“As I surround myself with native Spanish speakers, I notice[d] that they also want to learn Tagalog, and [so] I’m teaching them my native tongue in Spanish. And I thought, ‘hey, this is gonna be a fun content as well!’ That’s when I launched ‘Tagalo con Josquine’ where I teach Tagalog; my target audience are Spanish speakers. Apart from sharing my culture and language to our beloved ‘hermanos,’ I believe it’s a way to reconnect the Filipinos to the Hispanic tie that we used to have with them.

“Once the Spanish speakers learn Tagalog, they will be able to reach more Filipinos and could help me in my mission to promote Spanish as well. It’s a win-win situation for Spanish and Tagalog,” he said. 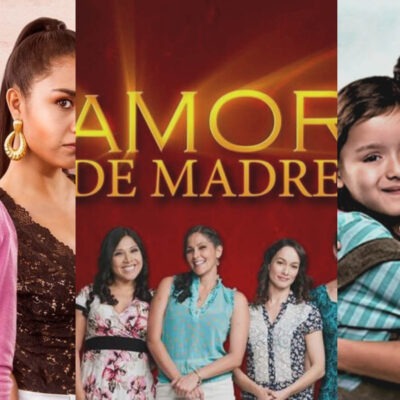 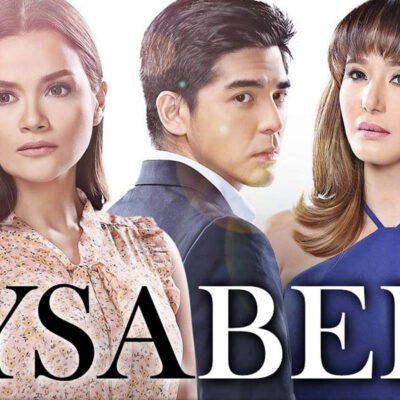 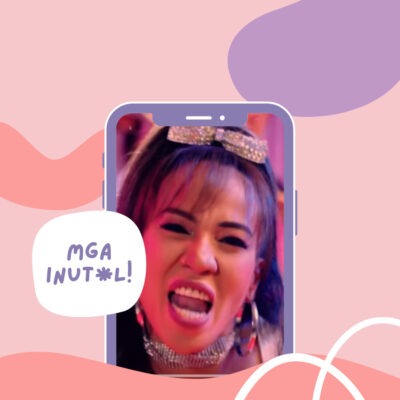