The Philippines and the rest of the world are currently facing the COVID-19 pandemic. It has disrupted normal economic and cultural activities across the globe as governments have had to impose social distancing measures to mitigate the spread of the virus. These measures have affected not only the daily survival of many families worldwide but also the future outcome of international relations in the 21st century.

China’s Rise as a Global Superpower

Many countries, especially the high-income ones in the West, blamed China due to its neglect in informing the rest of the world that the virus had already spread in the city of Wuhan by November 2019. Due to China’s actions to silence political dissents within its territory, the virus spread globally by January 2020, and the World Health Organization declared it a global pandemic in March 2020. These tensions between China and the Western world predate the emergence of the virus, as the latter was disgruntled by the sudden emergence of China as the counter hegemon to American-designed liberal international order. At the same time, the former has alienated some neighboring Asian countries, including the Philippines, with regards to its territorial claims on some islands in the South China Sea or the Himalayas.

The emerging reality of a second Cold War between China and the Western world in a post-pandemic world should be a wake-up call for the Philippines to decouple or lessen its economic and political dependences for national economic development and natural security protection. Government policymakers should take this reality to shield ourselves from future existential threats like a third world war. Our country should use our unique cultural and historical experiences as our leverage in dealing with both sides in a hypothetical second Cold War. To achieve this vision for our future survival as a nation, the government should consider some policy changes in economic, education, foreign relations or even immigration policies, so that we would be able to overcome the worst-case scenarios of a second Cold War.

What Philippines Needs To Do To Keep Up

The first policy reform our country should consider is the economic policy reform through the removal of the foreign investment restrictions in the 1987 Constitution and statutes. Our country has notoriously restrictive foreign direct investment regimes in the world where foreign individuals or corporations may not own more than 40% of equity shares in businesses and private lands stipulated on Article XII of the 1987 Constitution and Republic Acts 7042 and 8179. These restrictions on foreign equity participation for most economic sectors hamper our government from attracting necessary foreign capital, technology and expertise to generate employment for Filipino citizens within our territory or improve our vital infrastructures like roads and railways to provide supply chain framework for an industrial-driven economic growth and development.

A few years ago, I had an opportunity to talk with several Spanish investors at a conference organized by the Spanish Chamber of Commerce in the Philippines in Cebu City. They told me that the overt restrictions on foreign equity participation are one of the hindrances to them from investing in our country on a large-scale basis, unlike in Latin America, where they can do the opposite. The same restrictions are one of the impediments for our country from forging a free trade agreement with the European Union, which Spain is one of its members, or with other countries like the United States, Mexico, Chile, Peru and the Mercosur trading bloc. Removing stumbling blocks on foreign equity participation, especially on prospective Spanish and Latin American investors who want to invest in the economy, should be the first pillar to be implemented and should be a non-negotiable recommendation to proceed to the next proposed reform.

Spanish in the Philippine Education System

The second policy reform would be the restoration of the Spanish language in the education system as a core subject or as a medium for some core subjects like Mathematics and Science, starting preschool level. Reinstating the Spanish language into the educational system is a vital component for its meaningful revival as a widely spoken language in our country; learning or acquiring a second language in the Philippine context should start in classrooms. If we have enough Spanish second language population in the future, they could pass it on to their children and grandchildren as their first language.

Spanish should be treated under the same footing as English because it is as important as English in terms of developing and molding indigenous Philippine languages like Tagalog, Cebuano and other local languages through loanwords. Spanish should be the primary source of technical loanwords for native languages, more than English due, to its phonetic compatibility with the likes of Tagalog or Cebuano over English. Like English and regional Philippine languages, Spanish must be introduced to children as early as possible because they have innate capabilities to acquire any language simultaneously due to their much cerebral plasticity over teenagers and adults. Beyond classrooms, it should be used in daily government and business transactions and correspondences, mass media broadcasts and religious services, so that Filipinos would be encouraged to use the language vigorously without hesitation. This proposed reform would be only possible through amending language provisions in Article XIV, Sections 6-7 in the 1987 Constitution through reinstating its official language status.

The third policy reform is to revise the foreign policy outlook of the country in compliance with the mandated independent foreign policy outlook of Article II, Section 7 of the 1987 Constitution. We should not rely on any superpower in forging closer cultural, economic and political ties with regions where we can gain more nation-states to support our international political causes before the United Nations. We should mimic what China has been doing for years in terms of winning allies in Latin America by convincing Latin American countries to trade with us through forging free trade and people interexchange agreements with them.

The final policy reform is the immigration policy reform. The Philippines is quite restrictive on attracting potential immigrants and retirees who want to settle in our country; it is supposed to protect itself from a possible influx of Chinese immigrants from settling into our lands. The intention of restricting foreigners from coming freely only hurts prospective foreign nationals who want to invest, work and retire here. Bringing Spaniards and Latin Americans into the country will help invigorate the propagation of the Spanish language to the Filipino people by making them the prime gatekeepers through the formal education system and mass media like the American Thomasites on the English language more than a century earlier. This policy reform is possible through amending the citizenship provision of the 1987 Constitution (Article IV) to incorporate the “jus soli” or birthright citizenship principle in the constitution and revising the antiquated Philippine Immigration Law of 1940. Stringent citizenship and immigration laws alongside foreign investment laws have always been impediments for prospective Spanish and Latin American individuals who want to work and settle here.

These four pillars for comprehensive policy reform, as I call them, should be the basis for future policymakers, legislators and leaders in our country if they wish to revive the Spanish language and culture. 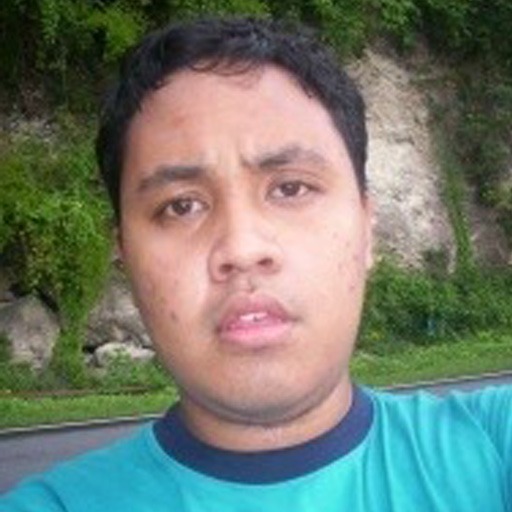 Joseph Solís Alcayde Alberici
Joseph Solís Alcayde Alberici is an advocate for the restoration of the Spanish language as a spoken and official language of the Philippines. He is an educator and political science practitioner with specializations in political theories and systems. Reforming foreign investment, education and social welfare systems in the Philippines are several of his interests.
Previous

Editorial: What Can Filipinos Learn From Latinos When It Comes To Protesting