The Americas are in shambles.

The last couple of years saw a surge of protests across Latin America. Though the COVID-19 pandemic is still raging, Latinos marched on the streets in mid-2020 to express their disapproval of inept governance.

In Chile, when the government raised the fare of metro, people took to the streets to air their grievances. This initial protest was followed by several bigger rallies that took lives and caused property damages. It looks like Chileans are exasperated by the injustice they experience every day. Because of these protests, the Chilean government gave in to their demand and announced a “string of emergency measures including a small increase in the minimum wage and higher taxes on wealthy Chileans.” In Bolivia, people also protested and denounced Evo Morales for allegations of voter fraud. And because of Bolivians’ will, Morales stepped down as president and fled the country.

Large-scale protests were also held in Peru when then-President Martin Vizcarra was impeached. Manuel Merino, who replaced Vizcarra, resigned from office only after five days as some protesters were reportedly killed. Various demonstrations were also held in Colombia against their president, Ivan Duque, for several reasons.

These massive, anti-government protests around Latin America, though some are violent and deadly, bore fruit as their governments took notice.

As many Filipinos experienced “hardship” under Duterte’s regime in the last four years of his governance, several leftist groups took to the streets to condemn him during his State of the Nation Address last year. Online outrage against him also continued to spark in the last four months of 2020.

And then there were none.

A Call for Action

When the pandemic started to ravage the Philippines last year, the government’s incompetence has come to light. There have been issues day after frustrating day — not only related to the pandemic — and the old ones were never resolved. Where’s the justice for the poor Gregorio family? Who must be held accountable for mishandling the COVID-19 crisis? What about those government officials that broke social distancing protocols? What is the government doing with the “futile” Manila Bay “white sand” project? What of the police brutality? And what happened to the allegedly “stolen” PhilHealth funds?

It seems that this political circus has been organizing a total “sh-tshow” for years, and what did most Filipinos do? Tolerate it. If Chileans were enraged over the mere hike of the metro fare, what could anger us to the point where we can see the plain truth — sans propaganda and fake news? What could provoke us and see that the government’s shenanigans are not acceptable? Look, this is going to get worse every day until we see that we have been “scammed.”

It’s Time To Wake Up

It’s all bark and no bite on Twitter. There’s no real action after a brouhaha dies down as we just forget the issues we face the next day. We get numb until we don’t care what happens next. What would be our breaking point?

We’re not suggesting that we should go out there and protest while the pandemic continues to hold the country in its grip. But we’re hoping that we should start recognizing the wrongdoings of this administration. We should learn from the furor of Latinos in fighting for their rights. Why don’t we educate ourselves and stop spending our time in tomfooleries such as recording TikTok videos and doing ridiculous challenges for “clout”? We live in a dangerous time, and we need to wake up now. For the meantime, the least we could do is make our voices be heard online to get those public officials accountable for their actions.

We hope that when this pandemic is over, we can start to take to the streets again and do our pivotal moment a la George Floyd protests. 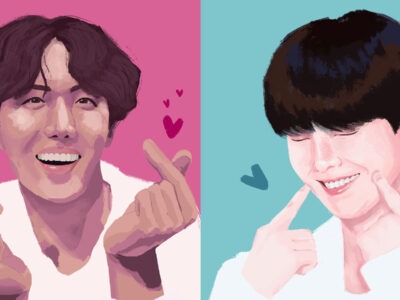 To make Spanish an overnight success in the Philippines, the vanguard of “Hispanismo” needs to ...
By JF Staff
Jun 22, 2021
0 %