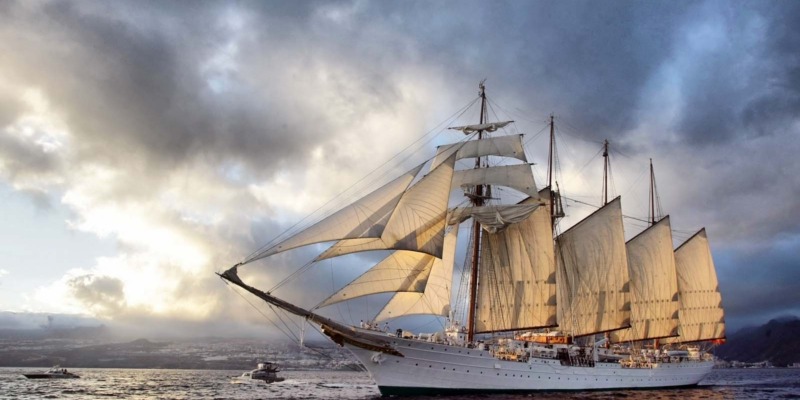 Five hundred years today, on this very date and place, the Spanish expedition commanded by Magallanes and Elcano, arrived in the Philippines.

To mark this historical event, the Spanish Navy training ship Juan Sebastian Elcano has arrived today on the shores of Samar. Aerial images of this historical moment, taken by ICTS Inc., are distributed herewith.

To greet the arrival of the ship and commemorate the historical events that took place in 1521, the Embassy of Spain in the Philippines, together with the National Quincentennial Committee, are carrying out a full program of activities in and around the island of Samar between March 15 and 18. In this framework, four historical markers will be unveiled in different locations, following the initial route of the Magallanes-Elcano expedition.

The first arrival of the Spanish expedition in 1521 was greeted by the inhabitants of the area, who provided them with food and drink, proving the solidarity and hospitality of the Filipino people. This was the starting point of close friendship and brotherhood between Spain and the Philippines, as we look forward into the future of many more to come.

This is a press release from the Embassy of Spain in the Philippines. Minor edits were made by the editor, but they were not involved in the creation of the content.