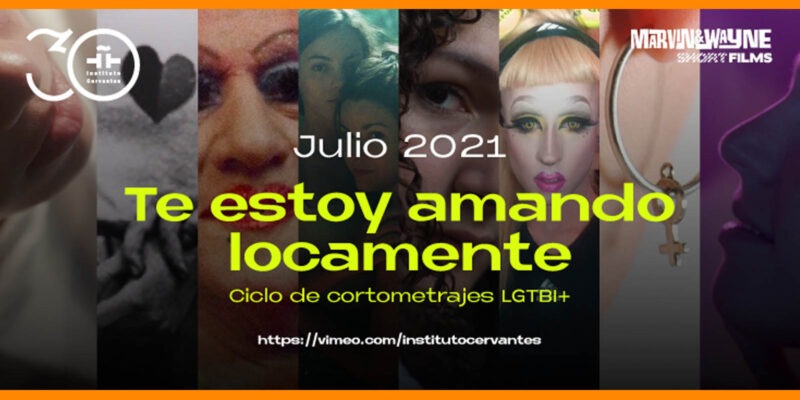 The said film cycle presents personal stories, reflections and testimonies that direct our gaze towards underrepresented realities in the cinema. One might say, in all artistic manifestations, that these are stories that deal, especially, but not only, with gender identity, homosexual love and transsexuality.

The series will kick off Wednesday, July 7 with the screening of the 10-minute documentary “Una dedicatoria a lo bestia,” released in 2019 by Nucbeade. A shocking documentary, it is a testimony about a little-known rehabilitation center for women between 13 and 21 years old that was in operation in a town near Madrid for four long decades. The short film will be available for 48 hours through this link. The film series will continue on July 10 and 11 with “Después también” (2019) by Carla Simón, a short film about HIV. The movie will be accessible through this link.

In the following week, Instituto Cervantes will stream two more short films: On July 14 and 15, “Su,” a complex story about love and life, directed by Laia Foguet in 2019. On July 17 and 18, the award-winning short film “Víctor XX” (Ian de la Rosa, 2015) will take us to the barren and sunny landscapes of the Almeria coast to show a pleasant and absorbing story about the search for one’s own sexual identity, the incomprehension of the others and the edginess that the final decision would cause. The movie will be accessible through this link.

The third week of the cycle will feature “Cantando en las azoteas” (Enric Ribes, 2017), a portrait of the 90-year-old Barcelona drag queen Gilda Love, accessible on July 21 and 22  through this link. On July 24 and 25, the Chilean directors Felipe Elgueta and Ananké Pereira will present their short film “Snap” (2018). The documentary will be accessible through this link.

The final week of the film cycle will open with the short movie “Alma” (2018), directed by Santiago León Cuéllar in 2018. It will be available on July 28 and 29 through the link. “El cuerpo de la mujer sin sombra” (Tamara García Iglesias, 2021) will conclude the film cycle on July 31. The short film will be accessible through this link.

The movies, presented by Instituto Cervantes in collaboration with the cinematographic distributor Marvin & Wayne, will be in Spanish with English subtitles. Admission is free.  For further information and updates on this film series, please check out Instituto Cervantes’ Facebook site or the event page.