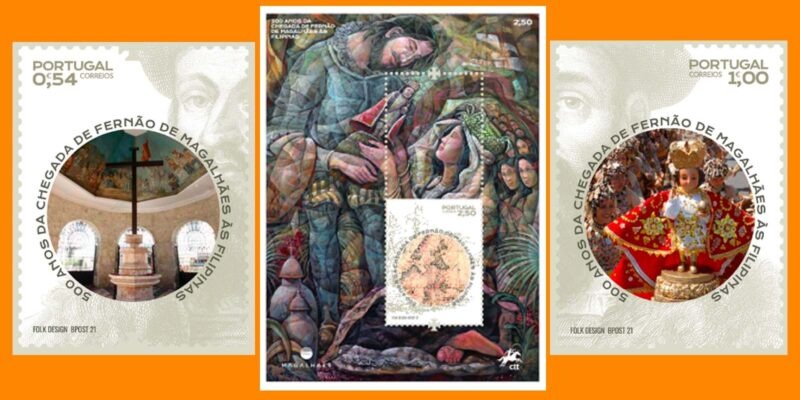 The stamps were launched to commemorate the 500th anniversary of Magellan’s arrival in the Philippines.

They feature the winning artwork by Filipino artist Bernardo Maac titled “Presentation of the Icon,” which won in the Quincentennial Art Competition of the Philippine National Quincentennial Committee (€2.50 stamp); an image of the Sto. Niño de Cebu (€1 stamp); and an image of Magellan’s Cross in Cebu City (€0.54 stamp). The images on the stamps chosen by the Portuguese national postal service reflect the historical narrative of Magellan in the Philippines.

The issuance of the commemorative stamps coincides with the 75th anniversary of the establishment of diplomatic relations between the Philippines and several countries, which includes Portugal.