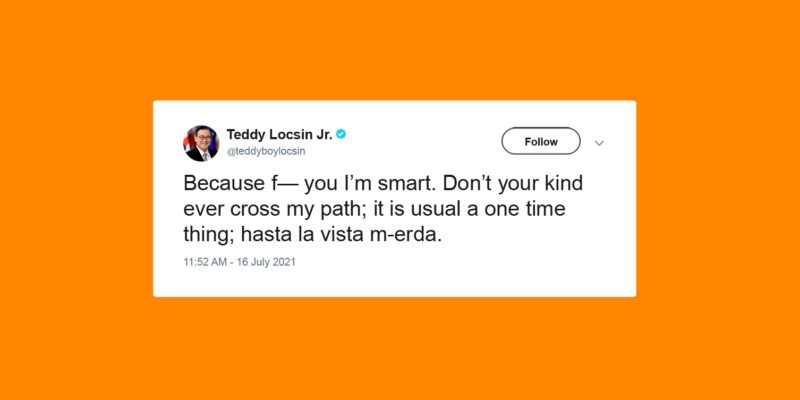 The Twitter user asked why the foreign affairs official is a cabinet member under President Rodrigo Duterte when he is a “Dilawan fanatic,” a derogatory term for supporters of liberalism or the Liberal Party of the Philippines.

“Because f— you I’m smart. Don’t your kind ever cross my path; it is usual a one time thing; hasta la vista m-erda,” Locsin quote tweeted in response.

In Spanish, “m-erda” is considered to be vulgar word.

In May, Locsin made a similar tweet to China over the South China Sea conflict. He has apologized since then.

Presidential spokesperson Harry Roque previously said in an online briefing that “only the president can use swear words. Nobody can do the same.”

Philippine Consulate in Barcelona Reopens After Almost 9 Years of Closure