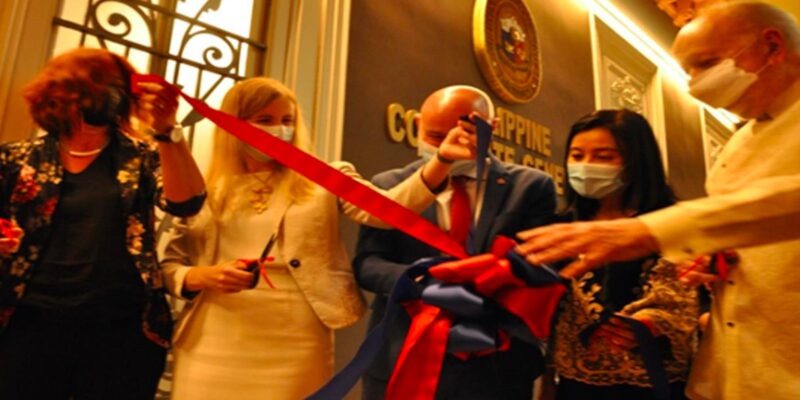 MANILA, Philippines — The Philippine Consulate General in Barcelona finally reopened to the public after almost nine years of closure.

“Dear friends, our task is as grand as our vision, for this Consulate to become the platform for a more rejuvenated collaboration and frequent exchanges,” newly-appointed Philippine Consul General to Barcelona Maria Theresa S.M. Lazaro said in her welcome remarks during the inauguration on June 7.

Meanwhile, in his remarks, Philippine Ambassador to Spain Philippe Jones Lhuillier recounted historical facts that are a testament to the Philippines’ “long love affair” with Spain and their significance in furthering the bilateral relations between the two countries.

“We don’t want to simply reminisce the past. We want to look ahead and underscore these historical ties as a foundation for building a stronger relationship,” Lhuillier said.

He also added that the Consul General in Barcelona is “taking on a big agenda” by serving more than 35,000 Filipinos; promoting economic, political, cultural and people-to-people relations; creating a base from which they can learn more about the opportunities where they can work together; establishing networks in areas under the consulate’s jurisdiction; and helping advance all aspects of bilateral relations.

Top-ranking Spanish officials including the Sub-delegate of the Government of Barcelona, Hon. Carlos Prieto; Minister of Foreign Affairs of the Generalitat de Catalunya, Hon. Victoria Alsina; and Deputy Mayor Laia Bonet were also present. They all expressed full support and best wishes for the reopening of the Consulate General.

Officials from the Barcelona Chamber of Commerce, networks of the Barcelona Activa, and heads of Casa Asia and Barcelona Center for International Affairs also attended the opening ceremony.

The Philippine Consulate General in Barcelona first opened in 2008. On July 31, 2012, it was closed due to the government’s decision to “reallocate its resources to other countries where there is greater need.”

Before the closure, over 4,000 Overseas Filipino Workers joined the Facebook group “No to Closure of Philippine Consulate in Barcelona. Yes to public service” to protest against the government’s measure.

On March 2, 2020, the consulate hosted a “soft launch” while setting up its permanent office and waiting for new passport production equipment and staff from Manila.