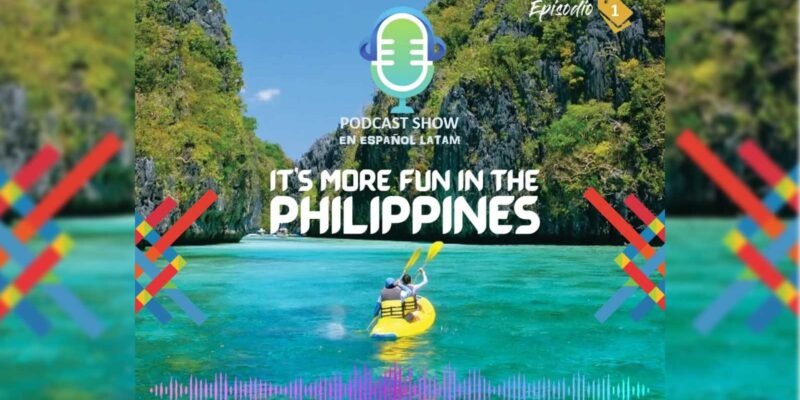 MANILA, Philippines — The Embassy of the Philippines in Mexico launched a podcast in Spanish titled “¡En Filipinas es Más Divertido!” or “It’s more fun in the Philippines!” in English, which borrows the Department of Tourism’s slogan.

The first episode of the said podcast premiered July 1, and it largely aims to promote Philippine tourism to Mexican listeners.

“From the sea to the mountains, from street festivals to nightlife parties and from the wonder of street food to gourmet dining experiences!!!! Come with us to discover why it’s more fun in the Philippines!!!” the description of the first episode reads in Spanish.

In the 20-minute episode, the Spanish-speaking host introduces the Philippines — what is it like, how to get there and how “friendly” the Filipinos are. They also touch on Philippines’ beaches, parties and cuisine.

The episode also features tourism secretary Bernadette Romulo-Puyat, who mentions a little bit about the shared history of Mexico and the Philippines. “Tourists from Mexico will feel especially at home in the Philippines today. Our warm, welcoming nature and love of ‘fiestas’ will feel very familiar to you,” says Romulo-Puyat in English.

The Embassy of the Philippines in Mexico plans to discuss more of what to see, do, eat and explore in the Philippines in the next episodes. They also plan to interview prominent Filipino personalities and social media influencers.