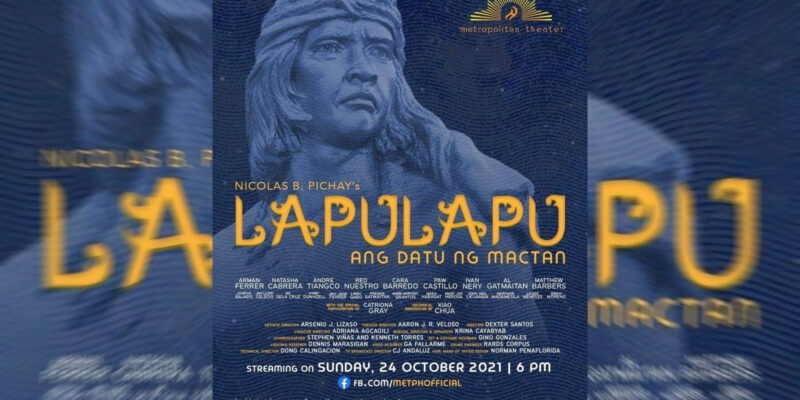 The musical explores “how history — and what people choose to be the lessons from it — contribute to the cultural identity and to the strength of any nation.” It will focus on the Quincentennial-related events observed this year, which includes the Victory at Mactan in 1521, as told from Lapulapu’s perspective; the circumnavigation of the world, as told from Juan Sebastian Elcano’s point of view; and the arrival of Christianity in the Philippines, as seen through the eyes of Reyna Juana. The presentation is part of the Quincentennial Commemorations in the Philippines, the Year of Filipino Pre-Colonial Ancestors and the National Indigenous Peoples’ Month.

Written by the award-winning poet and lawyer Nicolas Pichay, the play will be directed by University of the Philippines professor Dexter Santos, who also directed the musical “Ang Huling El Bimbo” and “Orosman at Zafira.”