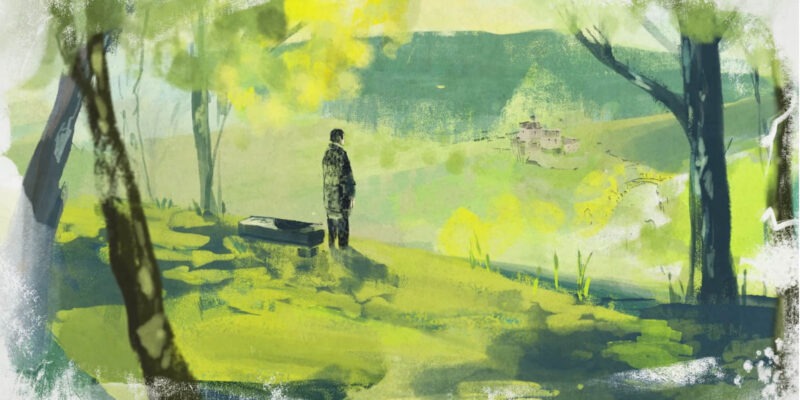 MANILA, Philippines — The documentary film “Antonio Machado. Los días azules” by Andalusian filmmaker Laura Hojman about the Spanish poet has won the Audience Choice Award at the 20th edition of the Spanish film festival “PELíCULA>PELíKULA,” which was held online Oct. 1–10.

The Audience Choice Award, created in 2004, is given to the film that the spectators have voted as the best of the festival. In previous editions, it has been awarded to films by prestigious filmmakers such as Isabel Coixet, Cesc Gay and Juan José Campanella.

Antonio Machado is a well-known Spanish poet. He was one of the main members of the literary and cultural movement Generation of 1898 (Generation of ’98) in the 20th century.

The title of the documentary is based on the phrase “these blue days and this childhood sun,” the last verse written by Machado before he died in exile in Collioure, France. Created as a tribute to the memory and work of Machado on the 80th anniversary of his death, the film traces the places where Machado lived and worked as a poet, philosopher and citizen who championed culture and education as agents of social change.

For Hojman, more than a biography, “it is a story about our country, about memory, about the importance of education and culture for progress and for creating a better society.”

The Spanish film festival “Pelíkula” is considered the main showcase for Spanish and Latin American cinema in Southeast Asia. It is presented by the Instituto Cervantes in Manila, Sydney and Kuala Lumpur and the Spanish Embassies in the Philippines, Malaysia, Thailand and Australia. In 2020, it was held online due to the COVID-19 pandemic, but expanded to other countries in the Asia-Pacific region, including, in addition to the Philippines, Thailand, Malaysia and Australia.

The 20th edition of the festival screened a wide variety of films from Spain, Latin America and Asia, including the Filipino indie film “Tarang.” Past Audience Choice Award-winning films were also shown.

In addition to film screenings, Pelíkula has organized online discussions with Spanish and Asian filmmakers and directors on the website pelikula.es.