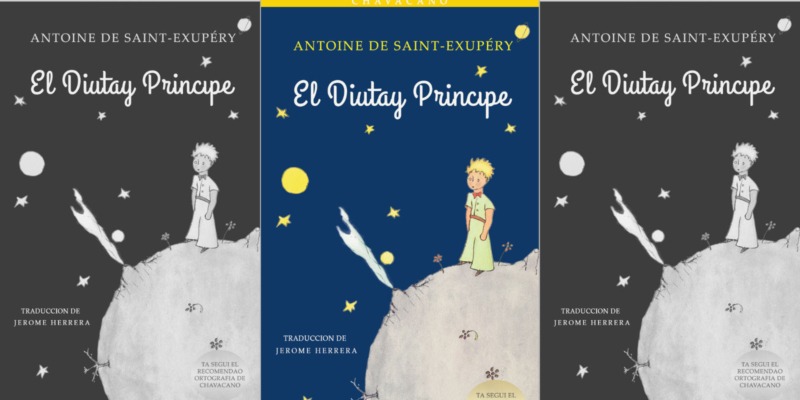 MANILA, Philippines — The Chavacano edition of the classic French novella “The Little Prince” is getting a reissue in October.

Published in 1943, “The Little Prince” is a classic novella written in French as “Le Petit Prince” by Antoine De Saint-Exupery. The book has been translated into over 250 languages since then, and the newest addition, “El Diutay Principe,” was first launched in October 2018.

“Chavacano is my mother tongue and it is very close to my heart. It also has a very special place in the field of linguistics because it is one of only two Spanish-based creole languages in the entire world as well as one of the oldest creole languages in the world. I created this translation because I love the Chavacano language and I have a lot of respect for it,” said Jerome Herrera, the book translator.

Herrera told La Jornada Filipina that the initial print run was sold out in 2020 and that he decided to reprint the book because of its “continuous demand.”

Doing it wasn’t without challenges, however. Herrera had had to make a decision in choosing which spelling to use: “Chavacano” or “Chabacano.” “For this translation I chose to spell the language with a ‘v’ because I understand that this is the socially accepted spelling and I did make this book for Chavacano speakers,” he said. He also had to self-publish the book, even learning about the traditional publishing process.

Herrera hopes that “El Diutay Principe” will become the “preeminent piece of Chavacano literature” and that it would greatly aid in Chavacano becoming a standardized written language in the future. “I also hope that the book shall create awareness about the Chavacano language in the Philippines and around the world to legitimize as well as elevate its prestige.”

Interested readers can purchase the book online at facebook.com/eldiutayprincipe. Herrera has no plans underway to release an e-book.