The Filipino language has around 4,000 Spanish words. They are deeply ingrained in the Filipino psyche that many just assume that some of these words don’t have foreign origin (“Buendia,” “Libertad,” etc.). And when encountering a Spanish-sounding Filipino word, they think it always means the same thing in Spanish (“basta”).

But on closer look, there are actually a lot of Filipino-Spanish words with different meanings. Though majority of these words sound literally similar, they don’t exactly have the same meanings — except for a few.

There are several false friends as well, as with other language pairings. These are words or expressions “in one language that, because [they resemble] one in another language, [they’re] often wrongly taken to have the same meaning,” according to Collins Dictionary.

Ahead, we take a look at these words that cause confusion, sometimes embarrassing, between Filipinos and Spaniards/Latinos:

In Filipino, “puto” is a sweet and sticky rice cake, a favorite “merienda” for many Filipinos. Linguistically, it’s not of Spanish origin, but it counts as a false friend.

In Spanish, it can have different meanings, but it’s mostly understood by native speakers as “male prostitute.”

This is also another false friend; “tuyo” is a dried fish served during meals.

In Filipino, it simply means “group of friends.”

In Spanish, though it also means “gang,” it’s understood by everyone as “boatload.”

In Filipino, this means “straight,” like when giving directions to a place.

In Spanish, it has different meanings. The usual is “right,” as in the cardinal direction.

In Spanish, however, it means “under” or “below.”

In Filipino, this word simply means to “spank someone,” usually with a wooden stick.

In Spanish, the most common definition is the wooden stick itself. It can also mean “blow” (being hit with a fist or weapon).

In Filipino, this means “toilet” or the “restroom.” This online dictionary also states “pail” as one of its definitions, which I haven’t heard someone used here.

In Spanish, its most common meanings are “bucket” and “pail.”

In Filipino, it’s also another word for “kubeta.” It’s also worth noting that in Spanish, it takes a plural form with the letter s at the end.

In Spanish, two of its several dictionary definitions are “compartment” and “booth.” However, in United States and Andean Spanish, it can mean “bathroom” as well.

In Filipino, it’s slang for someone “wealthy” and “vain” who usually speaks English and Taglish, a portmanteau of Tagalog and English.

In Spanish, it has several meanings, which are rather vulgar in nature.

In Filipino, “mamon” means two things: a sweet sponge cake and someone who is “soft-hearted.”

In Spanish, it can be an adjective and a noun, and it has a lot of vulgar meanings as well. In Argentinian and Chilean Spanish, it means “mama’s boy,” which is somewhat closer to its Filipino language counterpart.

In Filipino, “lamyerda” means to “loiter” or “wander around,” usually to do nothing.

In Spanish, it’s another vulgar word (“mierda”) preceded by the article “la.”

In Filipino, it’s an archaic word for “housemaid,” which has derogatory connotation.

In Spanish, however, it means “young man/woman.” In the past, it used to mean “housemaid” as well.

In Filipino, this means to “give one’s all” and “go all out,” according to Tagalog Lang, an online Tagalog dictionary.

In Spanish, among its definitions are “everything” and “all.”

In Filipino, to “laba” means to wash the laundry.

In Spanish, it means “to wash” as well, but it’s not just limited to washing the laundry; one can “lavar las manos” (wash hands) and “lavar los dientes” (brush teeth).

According to Tagalog.com, “lakwatsa” means to “wander around,” usually unproductively.

In its Mexican Spanish equivalent, the word means “excrement” and “despicable person.”

In Filipino, it’s a swear word whose meanings are less than flattering.

In Filipino, it’s a soup that has macaroni and vegetables.

In Spanish, it means soup of any kind.

In Filipino, this simply means “to cook” as an infinitive verb.

In Spanish, however, it means “mourning.”

In Filipino, it means “soil” or the “ground.”

In Spanish, on the other hand, it means two things: a “magnifying glass” and the idiomatic expression “fine-toothed comb.”

In Filipino, this simply means the electric current running in wires.

While the Spanish “corriente” means the same thing in Filipino, it has other meanings aside from that, including “common,” “current” and “trend.”

Filipinos are known for using words and changing their meanings, and that’s why some of the words above underwent semantic changes. Case in point, here are mundane Filipino words that have Spanish meanings. 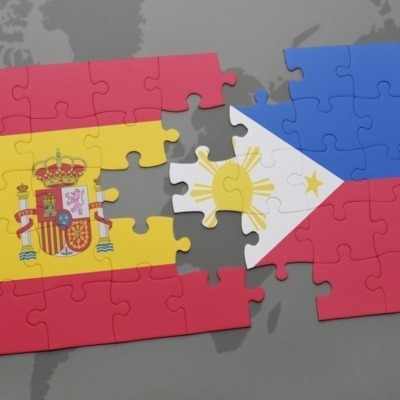 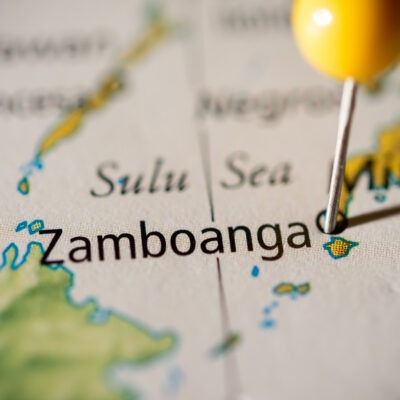 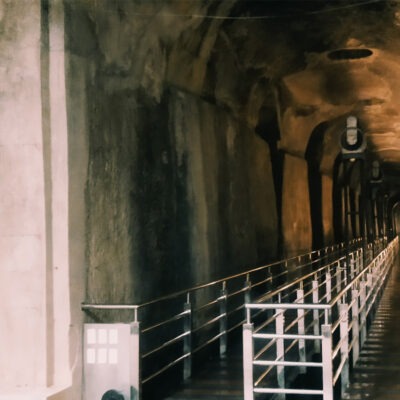