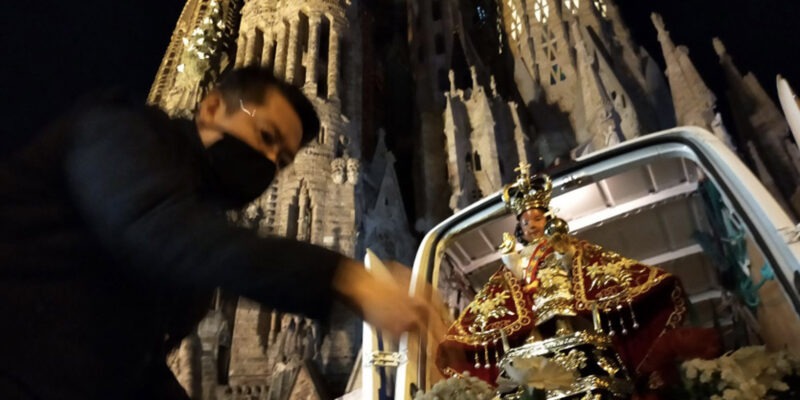 MANILA, Philippines — The Santo Niño de Cebu “returned” to Spain after 500 years as an exact replica of the said Catholic relic has been sent to Spain by the Philippines.

In an international mass held at the Sagrada Familia in Barcelona on Sunday, Dec. 5., local time, the Philippine Consulate General in Barcelona led the presentation of the said replica.

According to the Department of Foreign Affairs’ news release, Archbishop Bernardito Cleopas Auza, in his homily, said that the Santo Niño de Cebu has always been a “part of Philippine Catholicism in the last 500 years,” and also referred to the image as a “migrant” as it “goes wherever overseas Filipinos go.”

Philippine Ambassador to Spain, Philippe Jones Lhuillier, in his closing message at the mass, said that it is an “honor for him, as a Cebuano and a Filipino, to be part of the historical event.”

The National Quincentennial Committee on Dec. 5 wrote in a Facebook post that the Sagrada Familia will also share the replica to various churches in the Catalonia region, especially to the Filipino community.

After the Dec. 5 mass, the replica was transferred to the Parròquia de Sant Agustí church in Barcelona.

The return of the Santo Niño de Cebu to Spain was the highlight of the Philippine Consulate General in Barcelona’s cultural diplomacy program in 2021, and is part of the ongoing quincentennial commemorations.

In 1521, Portuguese explorer Ferdinand Magellan offered an image of child Jesus — as well as other gifts — to Rajah Humabon’s wife, Hara Humahay (Queen Juana), as a baptismal gift.