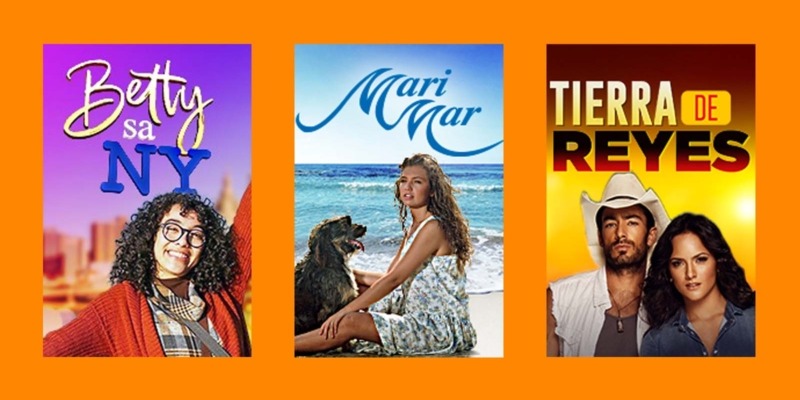 MANILA, Philippines — Trends come and go, so they say — and TV genres are not an exception. Telenovelas are back on Philippine free TV as three hit Latin American telenovelas are now being aired every weekday afternoon on TV5, one of the biggest free-to-air TV networks in the Philippines. Per usual, they are dubbed in Tagalog.

The original “Marimar” kicks off the telenovela block at 2 p.m. The lineup is interrupted by a Thai drama at 2:30 p.m., but it resumes at 3 p.m. with “Betty sa New York” (“Betty en NY” in Spanish, an incarnation of the hit TV series “Yo soy Betty, la fea”). Then, it is followed by Telemundo’s “Tierra de reyes” at 3:30 p.m.

The last time original versions of telenovelas were aired on free TV was in the last decade.

Telenovelas, especially from Mexico and Colombia, gained traction in the Philippines when they premiered in the early ’90s. Among the classics are “Marimar,” “Maria de la Barrio,” “Yo soy Betty, la fea,” “Rosalinda” and “Mara Clara” among others. The actress playing the lead role in “Marimar,” Thalía, even visited the Philippines in 1996. During that time, the said hit Mexican telenovela became a “national obsession that has knocked aside all competition.”

Local TV networks went as far as adapting several of them. In fact, Filipino-Spanish actress Marian Rivera’s acting career blossomed with the local version of “Marimar.” The adapted version of “Rosalinda” also birthed the career of actress Carla Abellana, whose mother is of Spanish descent.

Nevertheless, the trend somewhat died in the last decade with the prevalence of TV shows from neighboring countries such as Thailand and South Korea. K-drama and Thai dramas are currently a hit with the millennials.

Telenovela Channel, a Philippine-based television network with a strong partnership with Mexico’s Televisa, is the only one that airs new telenovela releases. However, it’s only available on cable.